skip to main | skip to sidebar

Since the last time I posted a lot has changed with Josh, and a lot has stayed the same.  As far as his heart goes everything has, for the most part, remained the same. In June however, one night, in the middle of the night, he woke up coughing. He came into my bedroom, coughed some more and spit something out into a bowl on the nightstand.  I asked what that was - only being half awake, and he said he didn't know, but he had coughed something up. I told myself to check it out in the morning, knowing that he's at risk for a condition called Plastic Bronchitis, a disease that causes a kid like Josh to form casts in the airways of his lungs, which he would cough out.

When I woke up the next morning I checked it out.  I knew right away that this was a "cast" which I had been warned about years prior.  With Hypoplastic Left Heart Syndrome there are countless side effects that can present themselves over the course of time.  This one, which had been discussed when he was probably 3 years old stayed on my radar. That's because I was told there's no cure, and the mortality rate with Plastic Bronchitis wasn't pretty.
After notifying his cardiologist our calendar filled up rapidly with appointments both at kaiser and Stanford. The pulmonologist at Kaiser hadn't had any prior exposure to Plastic Bronchitis and she promptly sent us to the specialists at Stanford and ordered a bronchoscopy.  The dr's at Stanford seemed incredibly fascinated to see a kid with Plastic Bronchitis. It's quite a rare condition.  Their feeling was, at this point, the best thing is for Josh to continue to be the very active kid that he's always been. Keeping things moving in the lungs through exercise should prove to be helpful. Unfortunately, there is no treatment nor management plan that experts agree upon to be successful. The goal is to keep the casts to a minimum. Lucky for us he's old enough that he can handle these casts better than he would if he were a baby. Then there is a serious risk of choking. Because Josh is older and stronger, the risk of his choking on a cast is lower.  Casts are formed when there is a leak in the lymphatic system. The lymph fluid leaks into the airway, and hardens forming casts, which can be quite large.
In addition to being followed by a new team, they added a breathing treatment upped a few meds, and decided they want another cath.  As we understand, this disease is another symptom of heart failure. And quite serious at that.
The first few weeks after learning about his PB were pretty rough for me emotionally.  As a little more time has passed I've done as I've always done, I take a look at Josh, his high quality of life and I just am so grateful he's living a good life.
So now on to some of the fun stuff....
He finished out 3rd grade and he did a really great job! He grew so much a a student and his attitude about school really improved. It's not as if he had a bad attitude, it was more that he had a really low self esteem when it came to academics and viewed himself as incapable. Somewhere along the line that changed and he began taking responsibility and became mush more independent than he had been.  It was nice to see him finish the year on a positive note after struggling early on in the year.
Since last posting Josh had another Little League baseball season come and go. He had his best season yet. He played in the minors division this year which meant he was one of the younger kids, but it was definitely the right fit for him.
He played on the Red Sox and they had a very successful season. He played second base again this year and he was the lead off hitter. In the, end they ended up winning the league title which was such a huge deal for baseball loving Josh! Baseball is his world. I think being a part of a baseball team with coaches who really nurture him has had more of an impact on his well being than anything else I can remember, including therapy.
His Red Sox coach also coaches a tournament team and Josh has dreamt of playing tournament baseball. When the season came around Josh soo badly wanted to play so he built up his courage and talked with his coach about joining the well established team. His coach worked it out so Josh had a spot on playing in two of the tournaments and substituting as needed.
Lucky for Josh this means he's still playing baseball through the summer.
Knowing of Josh's love of baseball, last week the heart team at Kaiser invited Josh to a Giants game. He and his brother and sisters were invited into the dugout and got to see several of the players up close and got to meet pitcher, George Kontos! It was such an incredible experience for them.
As for the rest of our summer, there's more baseball to be played and he needs a cath that hasn't yet been scheduled.  Josh doesn't mind that he has an upcoming cath, I actually feel like he's looking forward to it.
I can hardly believe in less than 2 months Josh will be turning 10 years old.  I will never forget at his diagnosis when we were shown a study that lead us to believe he wouldn't make it to his 5th birthday. Every day we are so fortunate to have him in our lives. His 10th birthday will certainly be one of the more special days. I still don't know what we'll do to celebrate but I hope to make it a very special day!
Posted by allison

I know there is a lot going on right now in the heart world with the loss of Sweet little Rudy Geyling, but I wondered if you know Carla, who has Plastic Bronchitis. I thought maybe her Mom Jen would be able to give you some advice, helpful hints. You may already know them, but here is their blog link just in case
https://ourlittlewrightfamily.blogspot.com/
I hope your little man is doing well now and it was just a single episode.
He is in my Prayers. He's such a handsome guy.

We have created this blog to tell Joshua's story. Josh was born in 2007 with a congenital heart defect, Hypoplastic Left Heart Syndrome (HLHS - only half of his heart developed) & has undergone 3 open heart surgeries, pacemaker placement as well as surgery to repair his paralyzed diaphragm. He had a very rough beginning, and has hit some bumps along the way but amazes us every day with his ability to live a very active life. Follow us as we try to keep up with him! 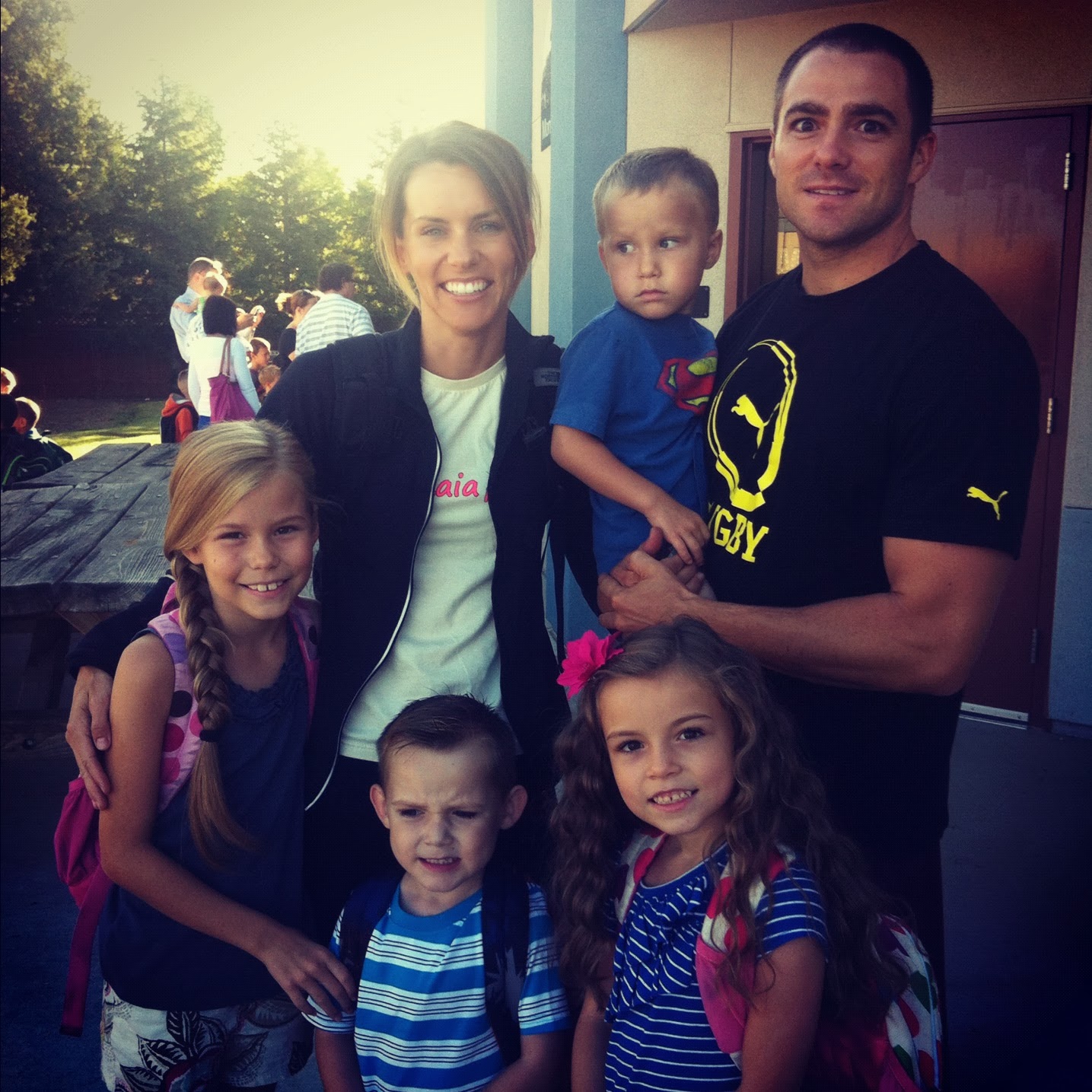 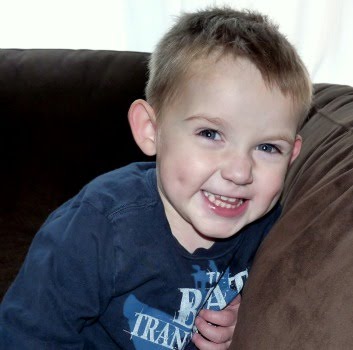 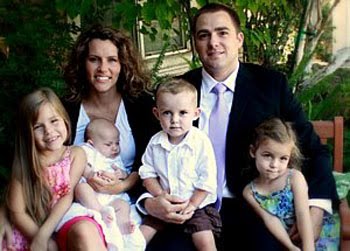 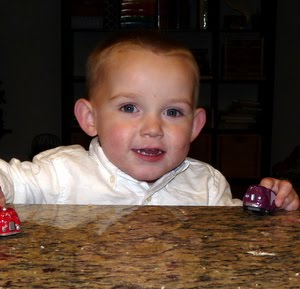 forms short sentances
never stops talking
continues to climb up everything
is a peacemaker w/ his sisters
weighs 23.5 lbs

loves to swim
speaks quite a bit
climbs up everything
loves to camp
tries riding his tricylce, but needs some help

can catch a ball
runs everywhere he goes
ever expanding vocabulary
climbs like a mountain goat
eats anything in sight (like a billy goat)
beats up his Dada
very coordinated
says "what the?" when something surprises him

things I've found in the toilet: